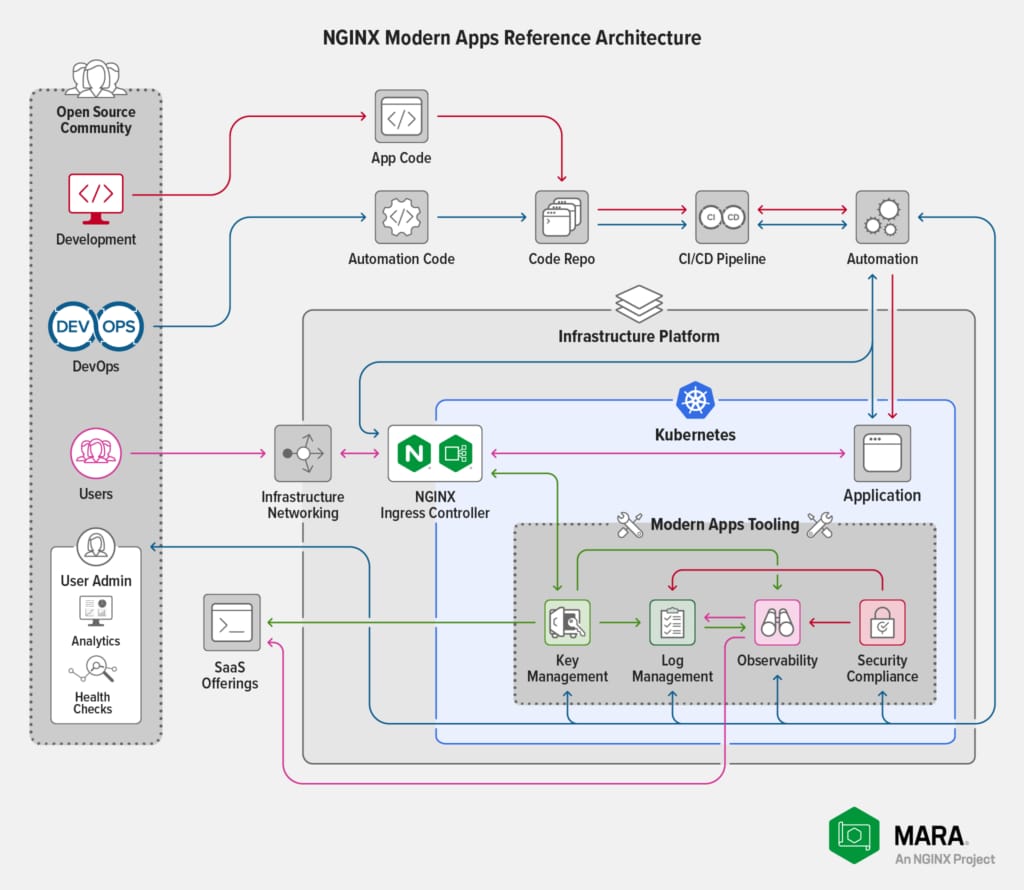 NGINX, the company behind the popular web server of the same name, announced several updates at its NGINX Sprint event, which is a free event designed for open-source developers looking to build the next generation of applications.

It also reflected on its progress over the past 18 years and shared its vision for the future, which will be built on three promises: modernize, optimize, and extend.

Modernization extends past just code and into code management, transparency around decision making, and community engagement. As part of this and an understanding that the open-source world lives on GitHub, all of its future projects will be hosted there, rather than on the Mercurial version control system where they were previously hosted. It will also be adding Codes of Conduct to all of its projects and listening closely to community feedback

To optimize the developer experience, it plans to introduce a new SaaS offering that integrates with NGINX Open Source, as well as move some of the critical features of NGINX Open Source and NGINX Plus from behind the paywall so that users can use them for free. DNS service discovery is one feature that will be made available this way, and the company is looking for community feedback in its Slack group for what else should be free.

The third promise is to continue to extend the capabilities of NGINX. Currently NGINX is most often used as a Layer 7 data plane and developers have to use a lot of workarounds for various elements of deployment. It hopes to extend NGINX so that every requirement for testing and deployment is satisfied by an open-source component that integrates with NGINX.

“For example, if you are using NGINX Open Source or NGINX Plus as an API gateway, we want to make sure you have everything you need to manage and scale that use case – API import, service discovery, firewall, policy rules and security – all available as high‑quality open-source options. To summarize, our dream is to build an ecosystem around NGINX that extends into every facet of application management and deployment,” Rob Whiteley, general manager of the NGINX product group at F5, which acquired NGINX in 2019, wrote in a blog post.

The company is already getting started on these promises, and announced three updates that align with these goals.

Second, it has added a number of new capabilities to NGINX Amplify, which is a monitoring and telemetry system for NGINX fleets. The company hopes to make Amplify a “trusted co-pilot for standing up, watching over, and managing NGINX products at scale in real time.” In addition to monitoring, the new capabilities will help with configuration, running scripts, and troubleshooting deployments.

Finally, it announced the release of NGINX Agent, which is a lightweight app that can be deployed with NGINX Open Source instances. It will include features that were previously only available in commercial offerings.

“With NGINX Agent, you’ll be able to use NGINX Open Source in many more use cases and with far greater flexibility. It will also include far more granular controls which you can use to extend your applications and infrastructure. Agent helps you make smarter decisions about managing, deploying, and configuring NGINX. We’re working hard on NGINX Agent – keep an eye out for a blog coming in the next couple months to announce its availability,” Whiteley wrote.

What Is Functional Programming? Functional programming is a programming paradigm designed to handle pure mathematical functions. This paradigm is totally focused on writing more compounded and pure...

JavaScript (JS) is a lightweight, interpreted, or just-in-time compiled programming language with. While it is most well-known as the scripting language for Web pages, many non-browser environments...